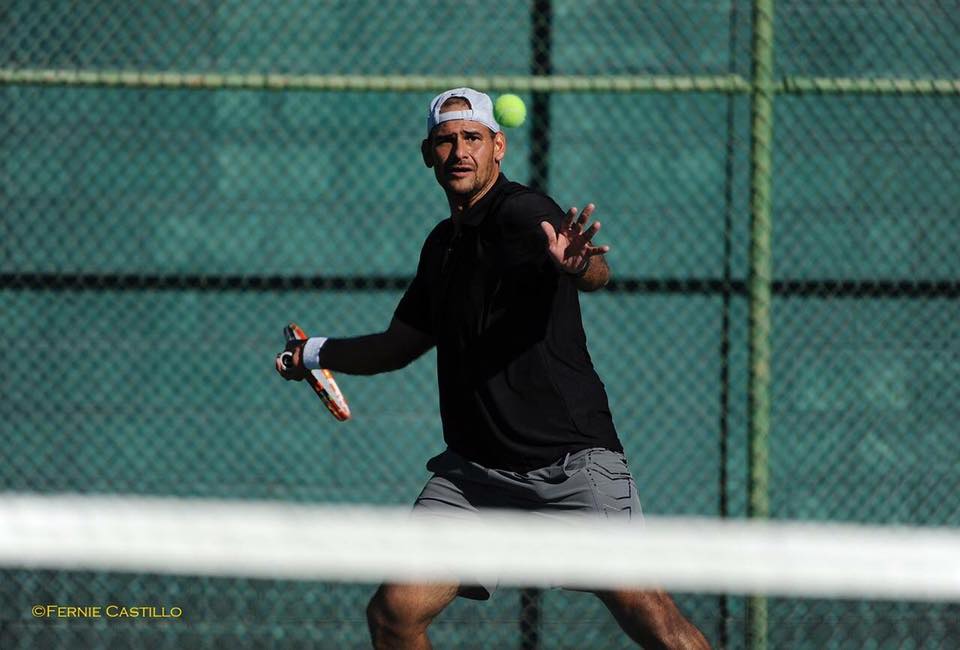 I started playing tennis my junior year in high school. While I was good enough to redshirt on a college team, I didn’t have any scholarships or funds to continue attending that school. I had to return back home to El Paso and focus on my studies.

Upon my return, I  stopped playing tennis entirely and my passion for the game got lost in that transition. As life got in the way, I continued to gain weight and lose my love for both fitness and tennis. 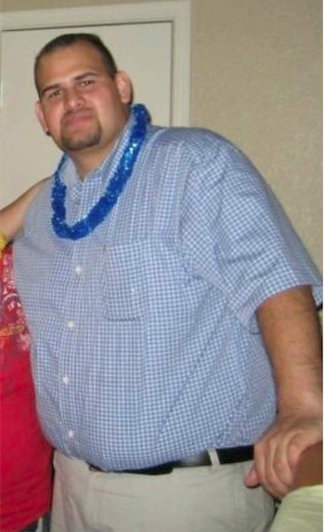 12 years after I put down my racquet, a local tennis coordinator hosted an event at a park near where I live. Even though I had not played for more than a decade, I decided to attend.

Holding a racquet again somehow brought back my passion for the game and that summer I joined a USTA Mixed and a Men’s 4.0 league. While I didn’t have a partner to play with in either league, the organizers helped find me a teammate who I could compete in upcoming tournaments with.

In my first tournament, I played as hard as my 350lbs body would allow me to. After several hard matches, I won my first doubles tournament! The feeling of holding that trophy was something new to me – and it felt awesome. I wanted more; more tennis, more wins, more challenges!

I joined multiple leagues and played monthly tournaments in singles, doubles and mixed. In addition to joining a fitness group, I also was playing four times a week.  I couldn’t get enough and wanted to keep learning from all the great players around me.

I would ask for feedback all the time, and I remember one trainer saying, “Some people play tennis to get fit, but to improve your game you need to get fit to play.”  This was the push I needed to continue my fitness journey and improve all aspects of my game.

I had the GANAS to get rid of the excess weight and began my transformation by joining a six-week weight loss challenge. By the end of the six weeks, not only did I lose over 40lbs., but I also broke the record at that gym for the most amount of weight lost! I remember everyone shouting, “Rafa! Rafa! Rafa!” when I broke the record in front of the challengers. That will be something I will always remember.

To help my improving fitness and tennis game, I was encouraged to consider attending the 2015 United States Tennis Congress and applied for a scholarship. A month after applying, I received an email explaining I was the recipient of a Tennis Congress full scholarship!

I still remember what I was eating when I read the email– protein and veggies– and I started crying. I never imagined I would be able to attend an event like the Tennis Congress or how it would change my life since attending. 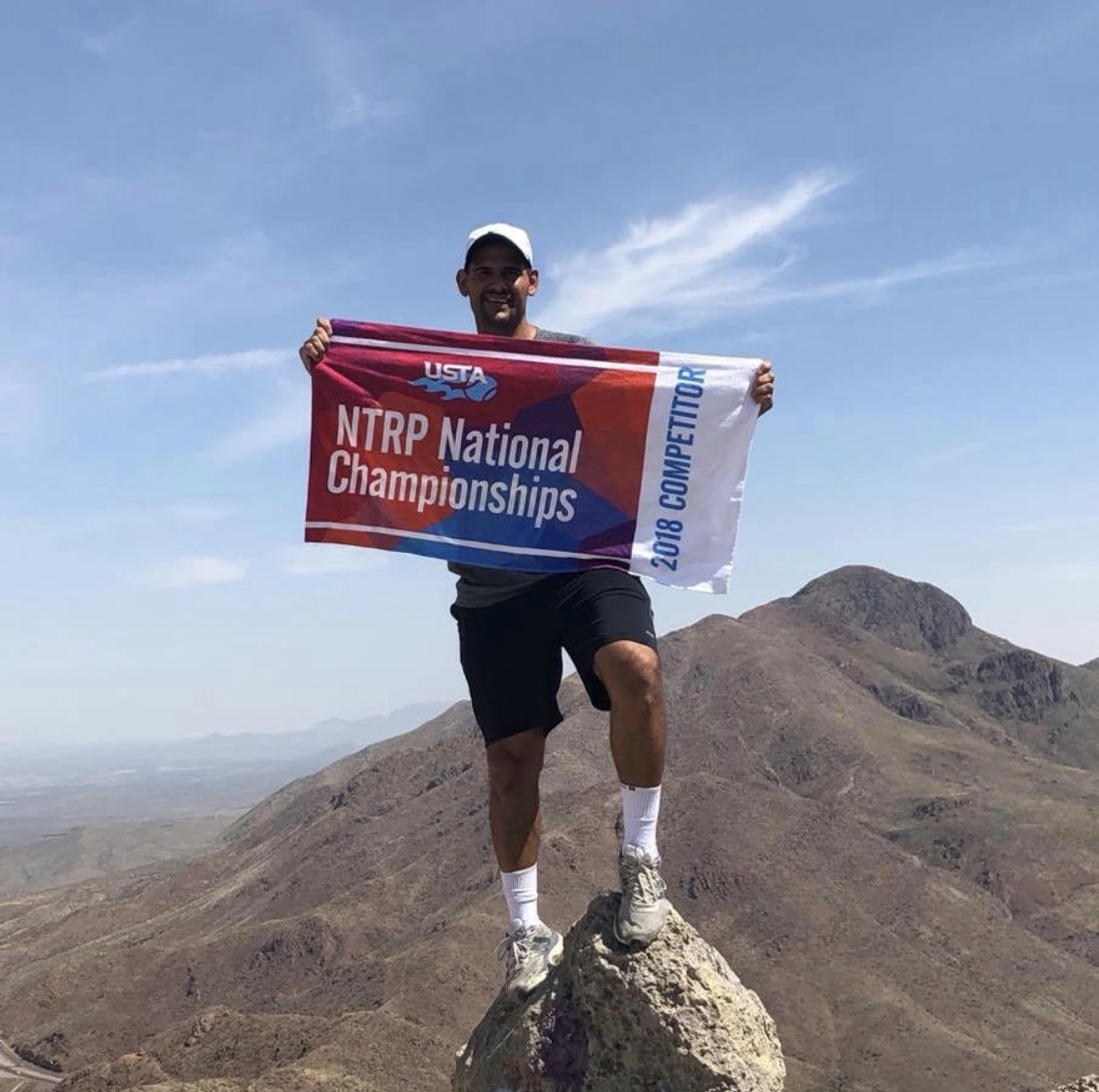 Since then, I have stayed focused, committed and disciplined to eating clean, working out to stay healthy on the court. I’ve lost 140lbs and now can compete at my ideal weight of 210lbs.

I also gained the confidence to enter more and more competitions here, in El Paso, TX.  After the October 2015 Tennis Congress, I set my mind to win all division categories I enter, here in El Paso, TX – singles, doubles and mixed in either 4.0 or 4.5.

My weekends became all about tennis tournaments. Saturdays and Sundays I would start at 8 am and wrap up by 6 pm or later. The most I played in one day was 5 matches and won them all. I was hungry.

In the June 2016 Grand Prix, I reached four 4.0 finals; winning three and losing one.

In the July 2016 Grand Prix, I reached all four category finals again. This time, I finally did it!

By the fall of 2016, my tennis was strong enough to enter the 4.5 categories. This was more challenging as the level and intensity went up again; it was hard.

In February 2017, I won one of three categories, but it kept getting harder.

I entered more tournaments, travelled for a few, competed against Div 1 players and did quite well. This spring, was the first time I was asked to play in two invite-only tournaments. I was the only opponent to make the national 4.5 champion go to a 3-set tiebreaker! I was thrilled with my playing and the experience. Dreams do come true!

I often wish that I had played college tennis, but I have decided to use the Tennis Congress weekends as my professional training, applying what I’ve learned, and then apply it. I’ve also started applying this process outside of my own tennis game. 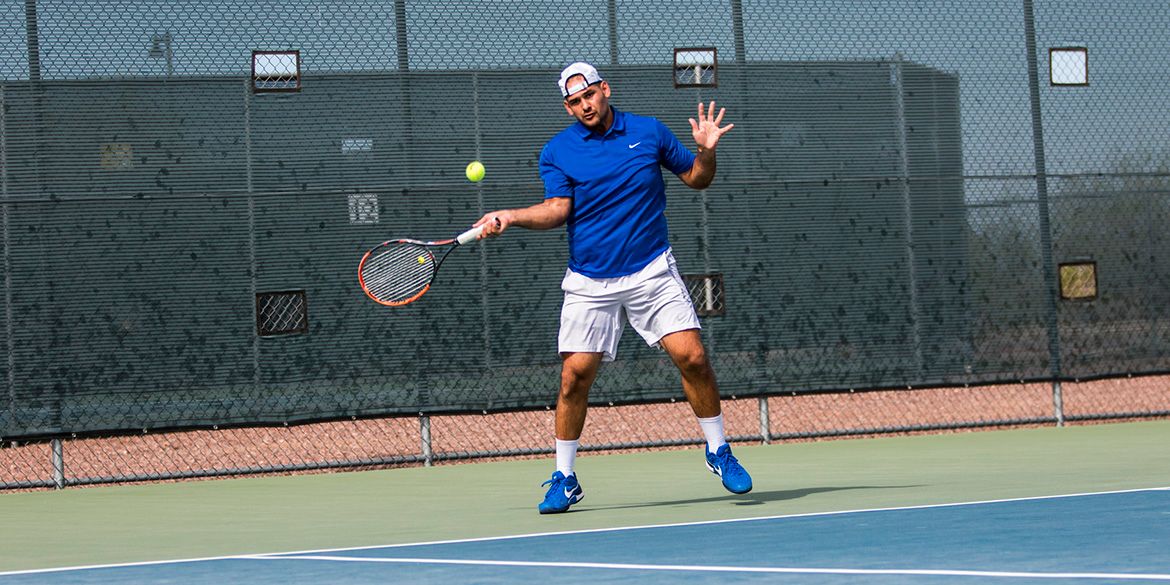 I have also slowly, but surely, applying everything I’m learning off the court too. I have achieved goals, and the process has empowered me to have the confidence to tackle challenges and overcome them.

Recently, when an opportunity was handed to me to lead my own Sunday fitness group, I didn’t think twice about doing it. The whole purpose of our “Sunday Stallion” group is to help motivate and encourage those to take the leap of faith and start believing they can change. Not only for themselves but for their families. Thanks to tennis and fitness, I have seen the change in myself and my family and I want the same for others.

I am proof that tennis can change an individual both physically and mentally if you stop doubting yourself and believe a change can be made.

Rafael Garcia is a comptroller for a local small nonprofit in El Paso, TX. He spends his time with his family and two children, working out in the evenings, playing tennis and helping people believe they can create change in their lives.