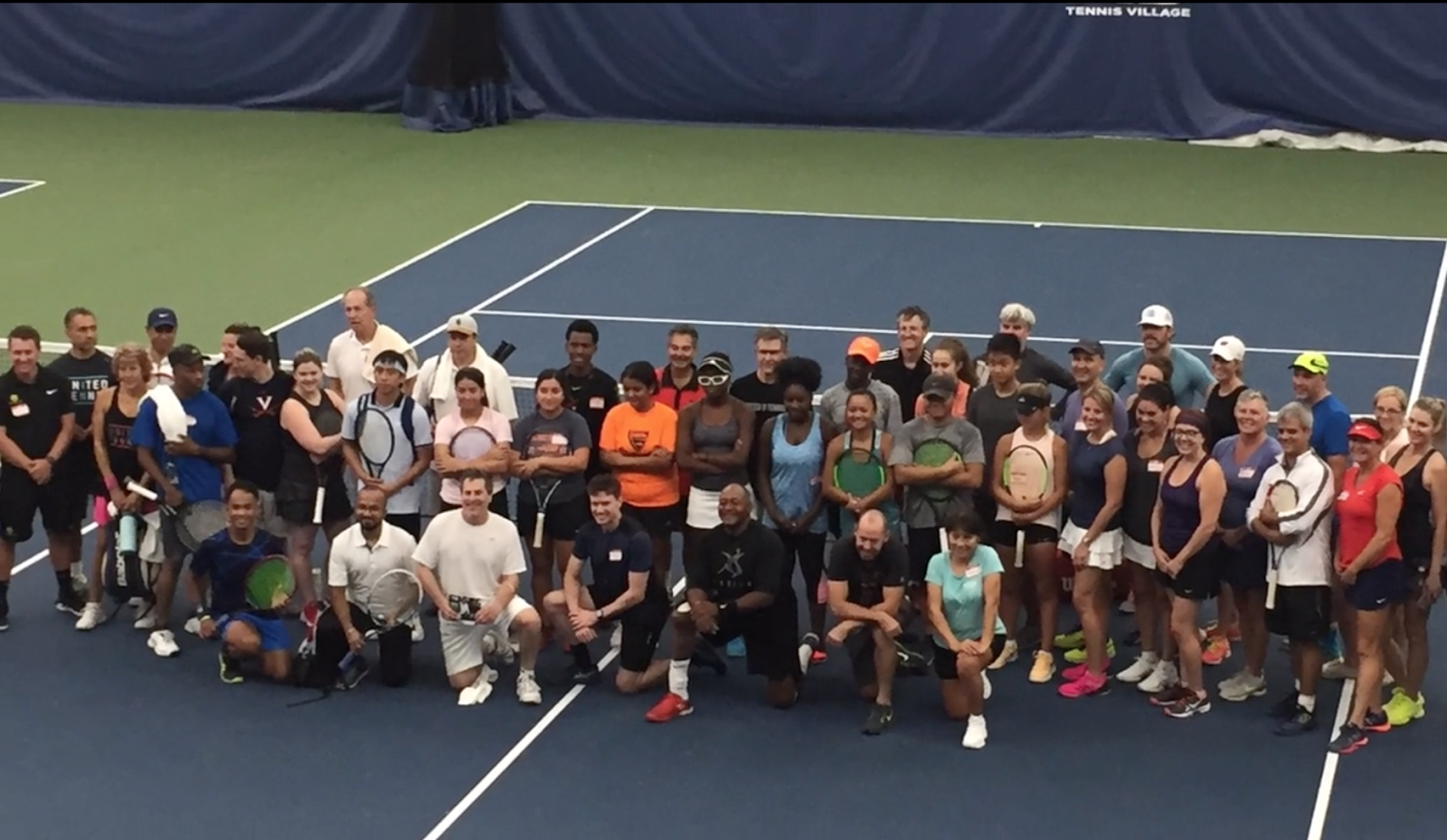 Tennis Congress at the Laver Cup: Matching Passion with Impact 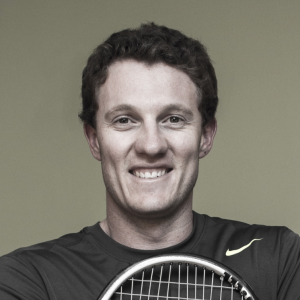 I was riveted to the television last year while watching the inaugural Laver Cup matches broadcast from Prague. So you can imagine my excitement when I heard the 2018 tournament would be hosted in Chicago, a pretty quick drive from my new home state of Ohio. I started planning my trip immediately, so excited about the prospect of seeing the likes of Federer and Djokovic battling it out in the innovative Laver Cup team competition format.

What I never could have imagined was that the Laver Cup matches, incredible as they were, would only be a small part of what made my Chicago weekend one of the best of my life.

It all started when I set out to recruit some friends and students to join me at the Laver Cup, knowing that pro tennis is always best experienced with fellow tennis nuts. I knew we’d all be itching to get on court ourselves in addition to watching the pros, so I reached out to several tennis facilities in Chicago to see if they might rent courts to a group of enthusiasts over the Laver Cup weekend.

After a few phone calls to different clubs, I connected with the XS Tennis Village—a new, world-class tennis facility located in the south side of Chicago. The woman who answered my call, Renell Perry, happened to be on the XS Tennis Village Board of Directors and she immediately responded to my enthusiasm. While other clubs had made it much harder to book courts, she made it extremely easy.

We got to talking, and I learned about the XS Tennis Foundation’s remarkable programs to help kids in underserved Chicago communities gain access to tennis and educational opportunities, including university scholarships. As a coach who has seen how tennis can transform people’s confidence, abilities and skill sets, I was hooked and wanted to help.

With unbelievable serendipity, the next day I got a call from Tennis Congress founder P.J. Simmons, who wanted to brainstorm ideas for a special TC “meet-up” event at the Laver Cup that would combine incorporate some kind of charitable effort to benefit an outstanding Chicago-based nonprofit. I had met P.J. a few months earlier thanks to TC alum Amy Lundy, who knew we shared a passion for using tennis as a catalyst to change lives. 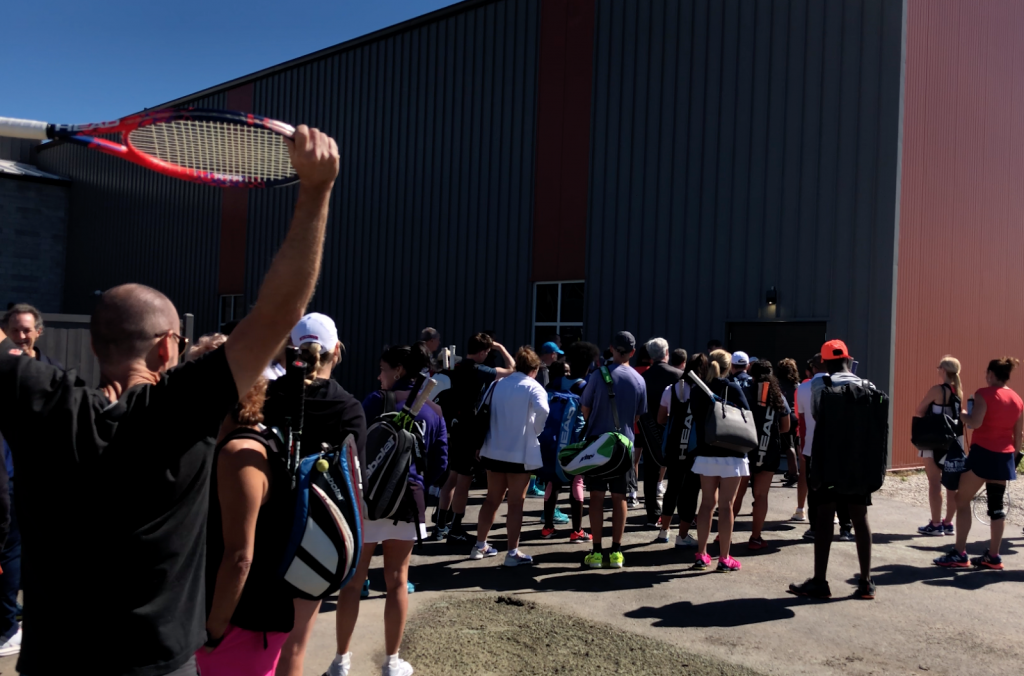 When I told P.J. about the XS Tennis Foundation, he immediately agreed it was the perfect candidate to support. So we put together a program where alumni could come to Chicago not only to watch Laver Cup matches together, but also take part in an on-court fundraising event for XS Tennis.

Working with XS Director Kamau Murray (who is also Sloane Stephens’ coach), we arranged a 3-hour drilling session with several of XS’s high-performance juniors—free for any TC alum if they made a donation to the XS Tennis Foundation. As an added incentive to encourage generous donations, TC’s philanthropic arm, the Net Gains Foundation, pledged to match up to $5,000 of alumni donations.

We were thrilled that 45 TC alumni responded to our invitation to come to Chicago, and all of them showed up to support the fundraiser event. We even got donations from several TC alums who couldn’t attend but wanted to lend support anyway!

We arrived that Saturday at the XS Tennis Center, and you could feel the energy immediately. Lots of smiles and hugs as TC alums reconnected, along with many enthusiastic new introductions and friendships being forged. 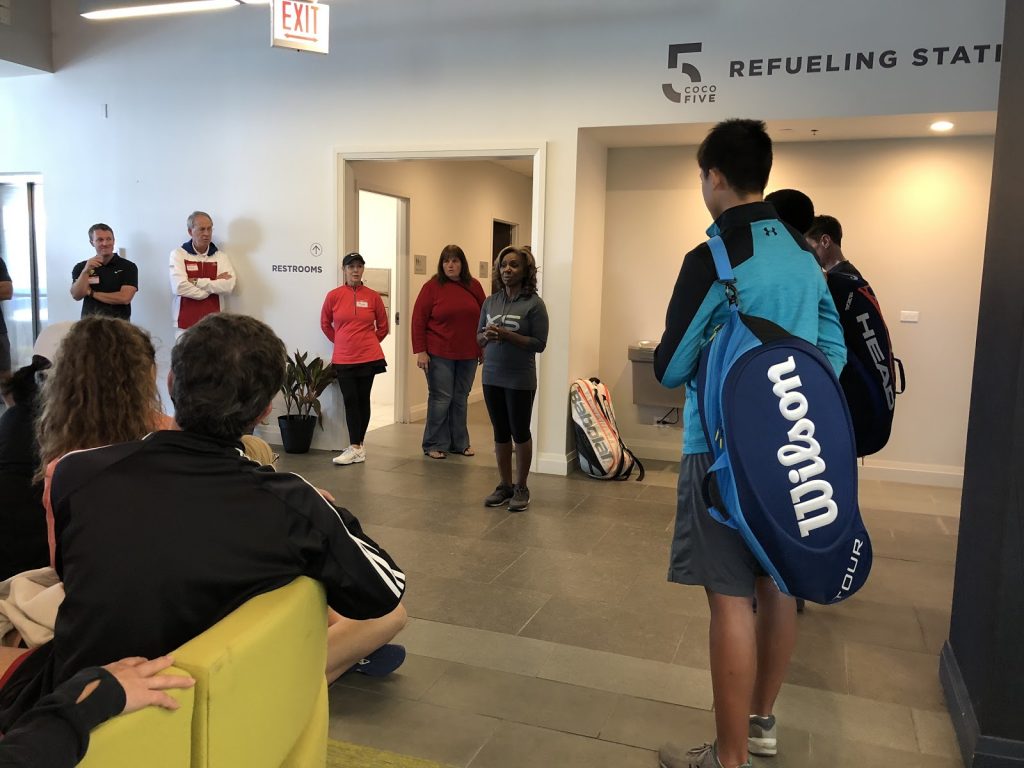 We were welcomed by Renell Perry, who explained the XS mission and gave us a tour of the world-class facility. We marveled at the incredible vision and teamwork that was behind XS’s impressive accomplishments. P.J., Feisal Hassan, and Bob Litwin then said a few words about the Tennis Congress mission and how honored we were to be spending the day at XS. Then we headed to the courts and got right to business drilling alongside several seriously impressive, inspiring young adults—all clearly on the path to great success. Even TC faculty member Craig O’Shannessy joined us to hit.

Needless to say, we had a blast. And incredibly, together we raised almost $13,000 in just three hours for the XS Tennis & Education Foundation!

Note: Click here to learn more about XS Tennis Foundation and lend support (If you put Tennis Congress under “Organization” they’ll know you are part of our TC community)

That evening, we headed over to the United Center seriously pumped. Everyone was energized by the afternoon, and so many people came up to me saying how much they were inspired by the XS story, staff, and players.

With two adjacent suites at the tournament, we could all roam around and enjoy conversations with many different people. As this was my first TC event, I was amazed both by the kindness of everyone I meet as well as the diversity of folks who’d come. I met a guy that worked in the tech industry and developed a tennis app that he was excited to talk about. I met a lawyer working with inner-city juveniles involved in gangs. I spoke with a musician who was making an album and touring the country.

I realized that most of us might not have a reason to be in the same room if it weren’t for one unifying thread – we were all crazy about tennis. 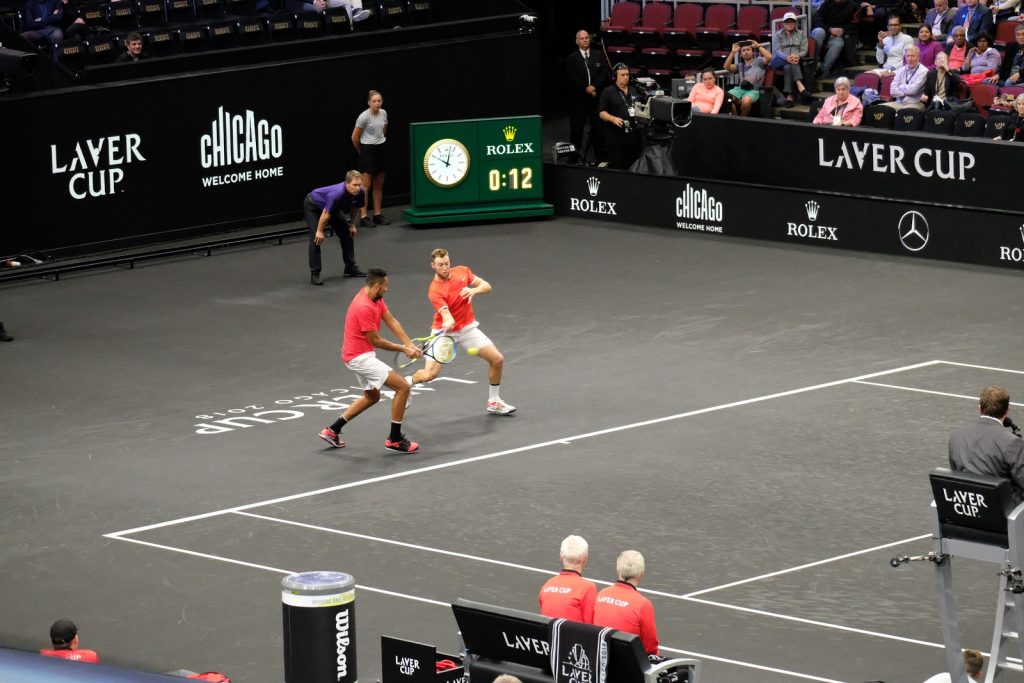 The matches we saw that night only stoked our passions. Not only was the level of play incredible, but so was the team spirit that dominated the arena. Seeing Nick Kyrigos and Jack Sock screaming for Kevin Anderson–while Roger Federer cheered on his rival Novak Djokovic–was one of the thrills I’ll always remember.

But above all, I will never forget how many TC alumni came together to play for a cause far beyond their own personal improvement.

It seems that the Laver Cup had set this theme for the weekend without us even knowing it: playing for something bigger than ourselves.

That is, after all, what all the members of Team Europe and Team World were doing as they put aside their egos and played for their teams and in honor of the great Rod Laver.

And the TC alumni to Chicago came inspired by the goal of fellow players from underserved communities the opportunity to improve and carry skills learned on court into other aspects of their personal and professional lives.

A sincere thanks to everyone who participated. I can’t wait till the next time! 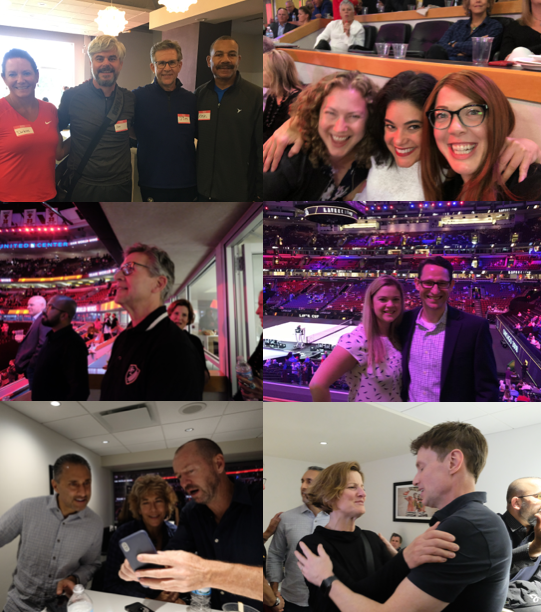 Gary Innes serves as Director of the NetGains Foundation, the philanthropic arm of the Tennis Congress that taps the power of tennis as a catalyst to transform lives and create positive social and environmental impacts. He is also the co-founder of Serves You Right (SYR), which is committed to improving tennis experiences for clubs, teams, and individuals. Born and raised in Johannesburg, South Africa, Gary competed as a junior before coming to the U.S. to play college tennis at Walsh University. In 2016 Gary earned the PTR Master of Tennis certification in Junior Development. He continues to pursue new levels of tennis education and build strong adult and junior programs.