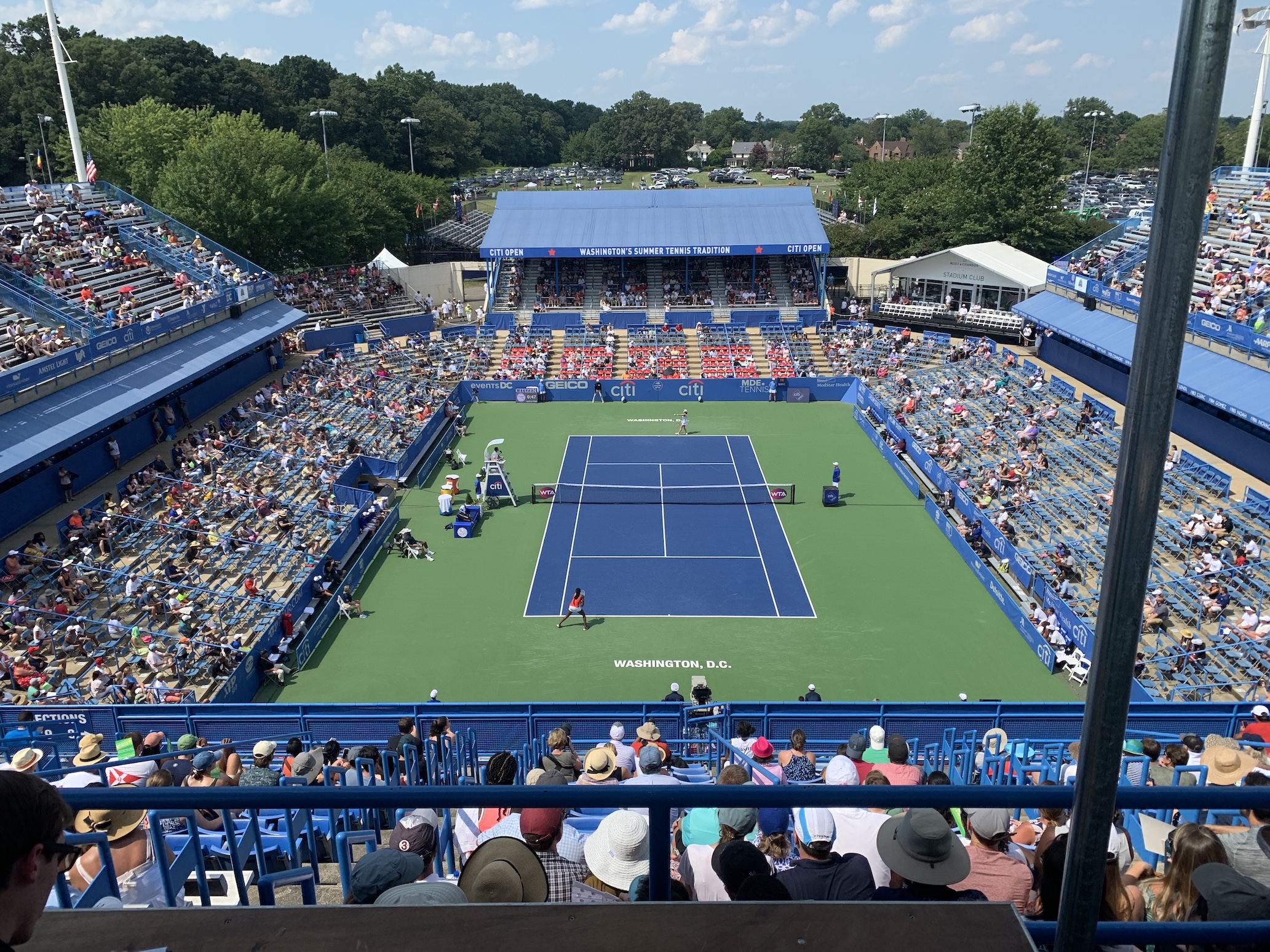 By tenniscongress08/06/2019September 8th, 2019Uncategorized
No Comments

Following the Citi Open in Washington, DC (July 27 through August 4), Tennis Congress had a chance to talk with fellow tennis fanatic Aidan Kohn-Murphy, a talented 15-year-old journalist covering the event, about his experiences.

Tennis Congress (TC): What makes the Citi Open a special tournament? How does it compare to other tournaments?

Aidan: The Citi Open is an ode to Washington, D.C. The biggest tennis tournament in America other than the US Open, the Citi Open has been a staple of the nation’s capital for over 50 years. In addition to being the only ATP 500 tournament in America, the Citi Open was created in 1969 with the help of Arthur Ashe, who wanted to have a tennis tournament accessible to the African-American community. In addition to its rich history, the Open has flourished under new ownership, inviting dozens of local businesses to the grounds. Attendees can watch some of the best tennis players in the world battle it out while eating one of the best burgers in the country (at the Duke’s Grocery stand).

TC: What was your experience like as a young reporter? Are you the youngest there? How did the other reporters and players treat you? 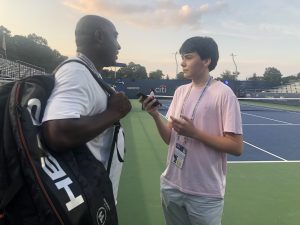 Aidan: It was my third year covering the tournament and everyone has been incredibly nice to me. I was definitely the youngest reporter there. Last year there was a rising senior in high school, but I think I’ve been the youngest every year. I think it’s a bit hard to be taken seriously when I’m half or a third of the age of most reporters, but it has played out in my favor before. This year, Wimbledon phenomenon and fellow 15-year-old, Coco Gauff, played at the Citi Open (and ended up winning the doubles title). My young age became an advantage in that case. I was granted a one-on-one interview with Coco – one of the most highly coveted face-to-faces at the Open this year – which will be published by Sports Illustrated Kids!

Aidan: The Citi Open had a great lineup of top-tier competitors this year including Sloane Stephens, Nick Kyrios, Coco Gauff, Stefenos Tsitspitas, John Isner and Daniil Medvedev. Nick Kyrgios, who ended up winning tournament, is always fun to watch. In addition to a dominant serve and a killer forehand, Kyrgios keeps every match entertaining, hitting ‘tweeners and using underhand serves. On match point of each of Kyrgios’s last three matches, he picked a random fan in the crowd to tell him where he should serve the ball. He won the point, and the match, each time. 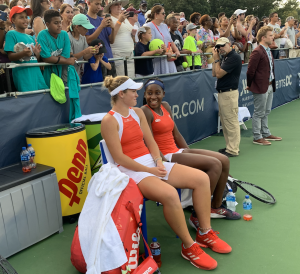 As for up-and-coming players, Coco Gauff is an obvious choice. After beating Venus Williams and making it to the fourth round of Wimbledon, Gauff was in the spotlight for most of the Citi Open. Despite a disappointing singles run, Gauff ended up dominating in doubles with Caty McNally, a 17 year-old underdog. The pair won 48 games over the course of the tournament to their opponents’ 15. This was their first time competing in a WTA draw and they breezed through the competition, becoming one of the youngest pairs to win a WTA doubles title in history. They have confirmed that they are pursuing a spot in the US Open Doubles Draw. McNally was very successful in a Singles Draw as well, not only winning her first WTA match, but also reaching the singles semifinals. Keep an eye out for both Gauff and McNally in the lead up into the U.S. Open.

TC: What would be some of your top recommendations for someone going to be Citi Open for the first time? Where to? Which sessions? Whether to go to watch practices?

Aidan: Any time spent at the Citi Open is well worth it. On the grounds, there are numerous practice courts where you can see all the competitors warm up; dozens of amazing restaurants; and the entrenched history of civil rights and tennis. Come to the Citi Open next year in late July and early August!

TC: You’ve been following a lot of great athletes over the years. Do you have a favorite motivational quote from the world of sports that you apply to your own life?