How to Hit with Better Players 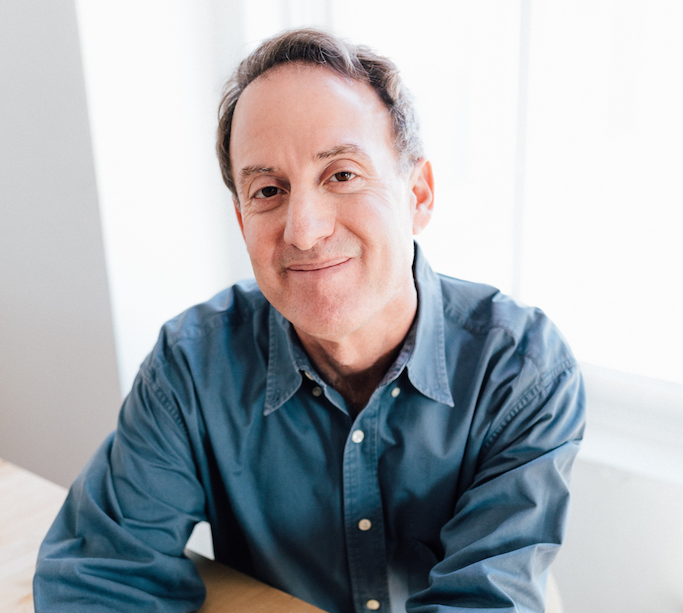 What are the rules of the road for hitting with people who are significantly better than you – high-ranked juniors, college players, even current or former pros?

I will illustrate the lessons by drawing on examples I’ve had with world-class players.  A fortunate byproduct of my work in tennis media is that I’ve had dozens of chances to hit with professional tennis players.

A Tennis Channel colleague, Martina Navratilova, once played a round of doubles with several of us at a club across the street from the All England Club.

Andy Roddick and I played twice, including the time he beat me left-handed.  I’ve been berated by John McEnroe, hit with a ball by Jimmy Connors, destroyed by John Lloyd, complimented by Mats Wilander, chided by Todd Martin, carved deftly by Trey Waltke, had my serve laced by Tracy Austin and Kathy Rinaldi.

Yes, on the good days, I lead a charmed life.

Last year at Wimbledon, I had the chance to hit with another Tennis Channel analyst, my good friend, Justin Gimelstob.  The experience of being on the court with a pro is always bracing.   Certainly there is the sustained power, of a ball struck hard and smooth. Then there is the matter of depth. Just about every ball Justin struck landed within a foot of the baseline 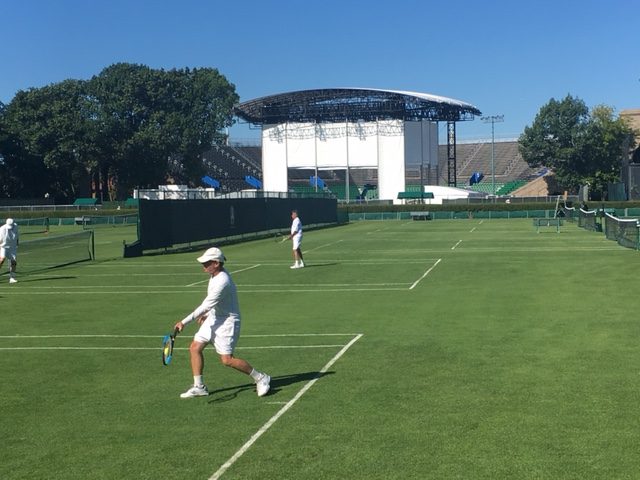 Add to this consistency. With the people I play with – mostly 4.0 men to 5.0 women – it’s usually the case that after six or eight balls (most of which barely pass the service line), someone will miss.

There was no respite with Justin — except for when he carved a slice backhand so heavy, deep and low that I recalled how Gimelstob had beaten Gustavo Kuerten at Wimbledon in 1997, just weeks after Kuerten had won Roland Garros.

From all these experiences, I have learned much.  Here are the major lessons I’ve from hitting with world class players that you can apply to hitting with significantly better players – and, by extension, perhaps even with everyone you play with:

Minimal banter. Every fundamental concept you’ve ever heard must come into play. Watch the ball. Get your racquet ready. Move your feet.  And if that better player doesn’t want to talk while hitting, then you keep your lips sealed too.

Please do not try to equal their pace. It is much more important to repeatedly get the ball in the court. Hidden hint: Since this better player is providing plenty of pace, confine yourself to hitting approximately 75 percent as hard as you normally do. Think steady and smooth more than slash and slap.

You are hitting, not playing points. Do not, repeat, do not try to strike winners. No sudden drop shots. No down-the-line drives. No lashing crosscourt angles. No quick dashes to the net for a single volley that you poke for a winner. Were you playing points, remember that you are hitting with someone who can take just about every ball you’ve hit and terminate you within two shots.  And should you inadvertently hit a winner, absolutely no fist-pumping.

Do whatever this person wants. Do not ask if you can play a set. If she wants you to hit only to her forehand, comply. If he asks for overheads, throw up those lobs.

Think about the way this person willingly engaged with you. Tennis communities teem with the malignancy of players who look down their noses at lesser players, ignorant of what they might actually learn and gain from hitting with them. To be sure, the vast majority of your time on the court will be with your peers.

Maybe, the next time you show up at your local tennis venue and are just looking for a hit, you can offer to rally with a player worse than you – and you might learn something too. This person’s slower ball might force you to more vigorously move your feet, shape your swing and drive through the ball rather than rely on the user-friendly pace of those better than you. And if you put these Cs into action, no matter who you’re playing, your skills will sharpen.

Joel Drucker is one of the world’s leading tennis writers. He is a writer and Editor for The Tennis Channel and Tennis magazine. His book, Jimmy Connors Saved My Life, is considered one of five “must-read” tennis books by Sports Illustrated. Joel has been playing tennis for more than 40 years, including experience as a Southern California junior and instructor for Tony Trabert. In August 2016 Joel was appointed the first American “Historian-at-Large” for the International Tennis Hall of Fame.