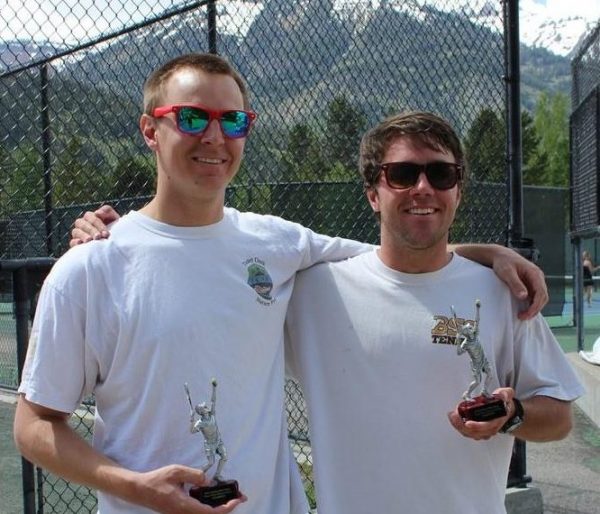 From Timid to Aggressive: How I Transformed the Way I Play Doubles

Have you ever wondered what makes certain players so confident and aggressive at the net?

For years, most of my life really, I thought it was something they just had and I didn’t. But over the last three years, that’s all changed. In fact, my friends hate playing against me in doubles now because I play so aggressively at the net.

How did I go from a timid, conservative doubles player to an aggressive, confident player who controls points?

Growing up in Memphis and traveling to junior tournaments around the southeast, I didn’t play a lot of doubles. Almost all of my practice and match time was spent on the baseline. When I did play doubles at the few tournaments per year that offered it, it was mostly two people at the net watching the players at the baseline rally crosscourt. I was praying that the opponent didn’t go down the line and embarrass me with a passing shot or make me hit a less-than-confident volley.

After growing up and playing competitively off and on through juniors, I decided to give college tennis a shot at Birmingham-Southern College, a small Division III school. Here, doubles mattered. 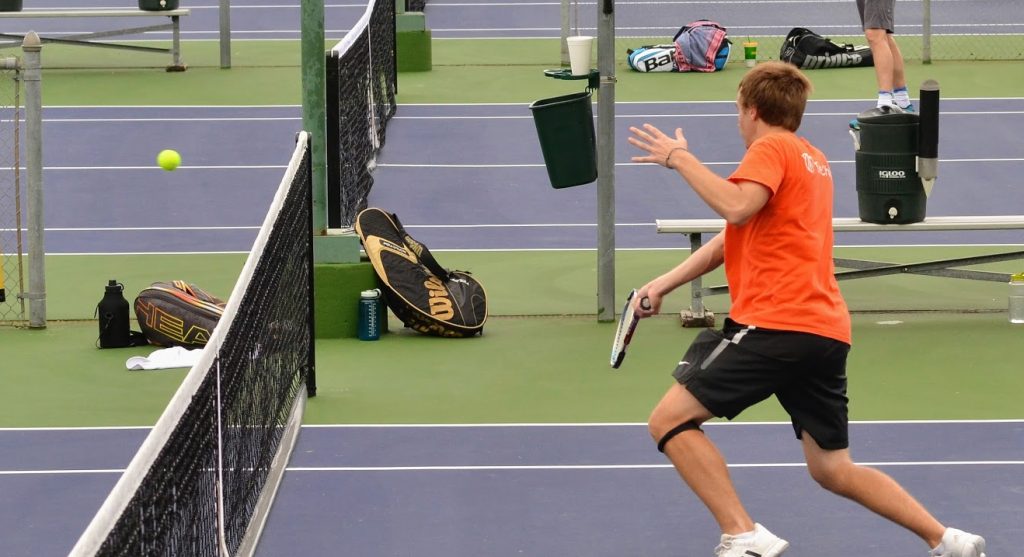 Will hitting a forehand volley

In each match, our team played three doubles lines and six singles lines. Given the small size of our team, I had no choice but to play more doubles. And it helped that our coach, Paul Rosner, was a doubles specialist who had represented South Africa in all four grand slams and made the third round at Wimbledon.

Needless to stay, I started practicing volleys. I would do that windshield wiper drill where you have to move with your partner. In matches, I would follow my coach’s orders to poach more, which I never did in juniors. Yet while I learned to get a little more agressive, overall my style of play remained pretty conservative. And that served me pretty well at the time. In fact, by the end of college I was moved up to play #1 doubles for our team simply because I didn’t miss much: Coach Rosner knew if he paired me up with our best true doubles player, I could make enough balls till my partner would end the point.

After college, I took a few years off tennis before moving to Austin. I joined several tennis leagues and started playing tournaments to meet people. Quickly, I learned that I didn’t enjoy singles as much as I used to, and that doubles would be a great way to make friends. But I also realized I needed to get smarter about doubles strategy if I wanted to keep winning, as I wasn’t going to be able to practice 5+ times a week like I did in college.

And over the three years, that insight would transform the way I played doubles for the better.

At the heart of it, I realized I needed to become a player that other people weren’t used to playing. As Mark Twain once put it: “Whenever you find yourself on the side of the majority, it is time to pause and reflect.”

Applying that idea to doubles, I thought about how most adult players tend to follow common rules I was taught as a junior, including:

Most players are scared to get passed down the alley. They moved forward and back, but not laterally. And they almost never poached unless they saw a really easy ball.

As an experiment, I decided to do the opposite of all of this. I started:

From there it was a simple math problem. I knew if the opponent beat me up the line once, and missed twice, I’d win. And ever since, that’s usually what happens.

The mindset shift that naturally happened when I started viewing doubles this way was surprising. I actually started understanding that it was okay to miss in some cases. And the fear of getting passed down the alley went away because I knew they’d almost certainly miss the next two attempts.

Of course, this is an ever-evolving strategy that requires adjusting from match to match. But by starting to think about the idea of creating a competitive advantage and playing differently than everyone else, I’ve been able to get the most out of my skill set.

And doubles has become a lot more fun, too.

Will Boucek is the founder of The Tennis Tribe. He lives in Austin Texas and plays USTA 4.5 & 5.0 leagues and tournaments. Will believes that by playing smarter instead of harder, players can improve their doubles game through mindset and strategy rather than hours of practice.